A lot of folks like to show their dedication to their favorite band or cause with a patch on their jacket or backpack. Patches look cool and are a nice way to show what you care about to the world. So between iron on and sew on patches, which one is the best? 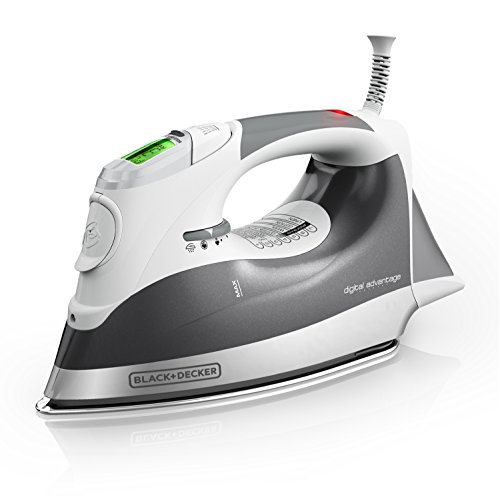 What are iron-on patches?

Iron on patches usually have a thin plastic film and a gluey texture on the back side. When you iron the patch onto your clothes, the glue will melt and the patch will stick.

What are sew-on patches?

Sew-on patches are just regular embroidered patches. They will feel less stiff in your hands compared to iron-on patches, as there is no heatfilm backing. As a result, you may find that sew-on patches actually flex more with the folds and bends in the material than iron-on patches.

This would be useful if your patch is going on an area where there will be a lot of movement and stretching, like the elbow of a jacket sleeve.

How to iron on a patch

Ironing on a patch is actually the easiest way to get a patch on your clothes(such as a uniform or a jacket) or backpack. You can do it with just a tea towel and an iron, which most households will have anyway. Sew-on patches are a bit tougher because not everyone will have access to a sewing machine.

To iron on a patch, heat up your iron to a high setting. Flatten out the fabric as much as possible, and place the patch where you want to attach it.

Put a small tea towel or similar on the patch, as this will prevent the heat from damaging the embroidery.

Place the iron over the towel(right on top of the patch) and press for 20-30 seconds. This should be enough time to activate and melt the glue and get it properly stuck to the clothing.

You have to be careful here. If you don’t press long enough, the glue won’t melt. But if you press too long, the plastic will melt and you’ll the patch and your clothing!

Please note that you can’t iron patches onto leather or nylon clothing. Nylon will melt and deform, and you’ll burn the leather.

How long do iron on patches last?

Iron on patches actually use a pretty strong glue but constant exposure to heat – especially if you live in a warm area – will cause the glue to lose its potency over time.

While you may not wash a jacket that often, if the patch is going on a shirt or something that goes into the wash very often, constantly throwing a garment in the drier will cause the patch glue to loosen over time and it will eventually fall off.

Unfortunately, I can’t really give a timeframe as there are too many variables involved.

One way to get around these issues is to sew on an iron-on patch.

Iron-on patches will often leave a sticky residue even after they’ve been removed. They’re also not as permanent.

So you have two options here.

If permanence is the problem:

Simply sew on the iron-on patch! These patches are a bit thicker so you’ll need a heavy duty needle(depending on the target material, too), but there’s no reason you can’t just sew these patches on. This way, you don’t need to worry about the glue coming out or anything.

You can either iron first then sew into place for extreme permanence, or just remove the plastic backing and the glue and sew on the patch.

If reusing is the problem:

Suppose you wish to reuse your patch or reposition it in some time. You can’t do this with a patch you’ve ironed on, but you can certainly just open up stitches and sew it back wherever you want. Unlike the glue which leaves a residue, sew-on patches will hardly leave a trace anywhere!

I think it’s better to always opt for buying iron-on patches as they offer the most flexibility: you can iron them on or sew them on, or even both for a super-permanent bond.

You could even iron them on at home for immediate use and then sew whenever you get access to a sewing machine for extra permanence.

With sew-on patches, you’re stuck with only sewing. 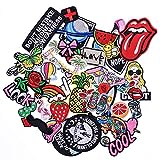 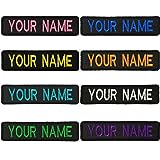 SewingMachineClub.com is a participant in the Amazon Services LLC Associates Program, an affiliate advertising program designed to provide a means for sites to earn advertising fees by advertising and linking to Amazon.com