Boning For Sewing: Everything you need to know

Some of the links on this site are Amazon affiliate links. If you click on them and make a purchase, we may earn a small commission at no extra cost to you. Thank you for your continued support!

Boning in sewing is used for making corsets or other rigid clothing that needs to hold its shape. In the past, a common kind of boning was steel, but as you can imagine, it was quite heavy and quite expensive!

There are cheaper options today, most notably plastic boning.

Rigilene boning is one of the most common kinds of plastic boning available today. It’s made of polyester, which is both light and strong. Chances are, if you’ve worn a dress(prom dress, bodice, wedding gown, or similar) anytime in the past 10-15 years that required boning, it was probably made using Rigilene boning.

It’s super light, thin, flexible, and since it is a plastic, you can simply heat it up, shape it, and it will hold its shape as it cools.

Also, because of its lightness, you can sew through it with the right kind of needle and some forms of boning are pre-covered with fabric.

Any time you require light stiffening or shaping, Rigilene is your go-to choice.

However, if you’re into making corsets, boning should not be done with Rigilene as it’s just not stiff enough. Corsets are designed to shape the body, and Rigilene plastic just isn’t strong enough to do so, and eventually, it will become bent out of shape and make things worse!

You can pretty much use it anywhere you use Rigilene boning, although you’ll need to sew a special channel for the Tripleflex to run through.

It’s not heat proof and and it won’t hold it’s shape as well either, so if you try to iron it or expose it to too much heat, it will unfold.

To use Tripleflex, it’s a good idea to enclose it in twill tape. This will provide a cover and eliminate the need for making a separate channel pocket.

I feel like Tripleflex is at best a temporary solution and if you want to sew something that will last you should consider the other kinds of boning listed here.

This boning is actually a synthesis of what was originally used for boning, and where the name “boning” came from: whalebone or baleen.

Whalebone was the boning of choice in the Victorian era but they were the first to actually come up with a good replacement for this animal product – steel.

Synthetic whalebone, on the other hand, is semi rigid and you can find it in many sizes. As far as I can tell, only one manufacturer makes synthetic whalebone and it’s actual purpose is to be a lightweight alternative for steel.

It is 100% plastic, safe to wash in a machine, and is nice and springy, so you don’t need to worry about it losing shape or deforming.

Whalebone is also light, easy to work with, and you can mold it with heat.

Now that we’ve talked about three types of boning, let’s move on to a fourth: reinforced plastic boning. This material is thick, translucent, and reinforced with hard threads of plastic. The reinforcement prevents the boning from twisting and losing shape.

Reinforced plastic boning is a good substitute for flat steel boning or any application where light weight is the key factor rather than anything else.

It’s not springy in any way(so not good for body hugging applications) but it’s certainly good for just maintaining an overall shape of the material. You can’t use this to mold the body shape as a corset would, since it’s just not designed for that application and it won’t push hard enough.

Why would you want to use plastic boning instead of stainless steel? There are two main reasons:

Which one is more comfy? That’s totally a matter of personal preference, as you’ll probably find folks who swear by steel boning and others who swear by plastic boning.

Boning is mainly used in Victorian-era clothing, in garments like bodices and jackets.

Perhaps we are just asking the wrong question here and comparing apples to oranges! Plastic boning and steel boning both have their own particular applications. Even though they both perform the same essential function, there will be times where plastic will be preferred and other times when you’ll just have to use steel!

The question is actually very subjective and ultimately boils down to personal preference more than anything else. You are the maker, so you need to decide which one you want to use and for what function.

Is there a substitute for boning?

If you can’t find any boning supplies anywhere, you can try using duct ties. They’re plastic, almost the same shape as boning, and you can mold them with gentle heat. 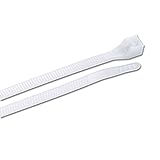 For your corset making supplies, check out CorsetMaking.com

How to fix boning in a dress

Sometimes there will be mistakes made in the boning and you’ll see that one bust is sticking outwards from the dress as it should, but the other is going inwards!

As you can imagine, this and other similar issues would actually be very inconvenient and make the dress downright impossible to wear.

Fortunately fixing these issues is really simple. Most competent seamstresses will have sewn a special channel for the boning, so you just need to find the channel by feel, and get to work.

Open up a few of the stitches that hold the mouth of the channel closed until you can see the boning exposed. Then simply pull the boning out, put it back in the right way, and close the channel again.

A second problem you may run into is when you wear the dress, the boning bites into your skin. In this case, you’ll need to open up the boning channel and trim off a little of the boning. This should do the trick.

About the Author SMC

We're a husband and wife team of craft enthusiasts! Mostly we love working with different kinds of fabrics - in fact, you'll be hard pressed to find a store-bought piece of clothing in our home. Most of the stuff we enjoy making by hand!

Janome Sewing Machines: The Best Choice for Improving Your Craft

What is a Low Shank Sewing Machine? Your question answered